The Urolift System for BPH Relief

The PAF is happy to have Ted Lamson,PhD back on Thursday night April 2nd to give us an update on th FDA approved Urolift System. This procedure may offer many men relief of their BPH symptoms which for many of us includes frequent nocturnal trips to urinate and urinary dribble. They call this a Benign condition but is far from Benign. You can visit www.urolift.com for an instructional video and clinical information. The below photo - Monday PAF climbing group on Mt. Tamalpais 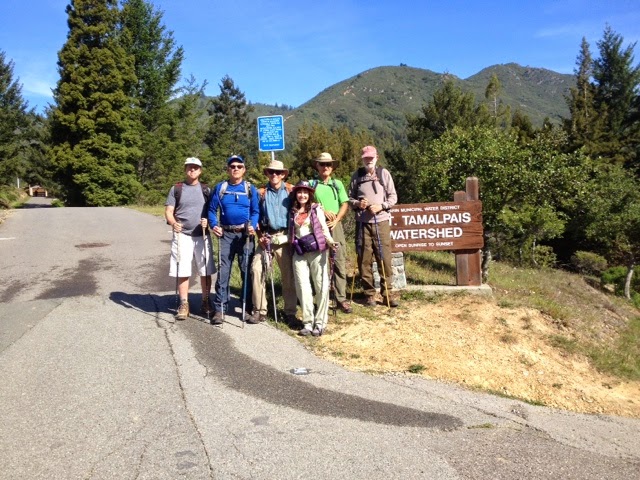 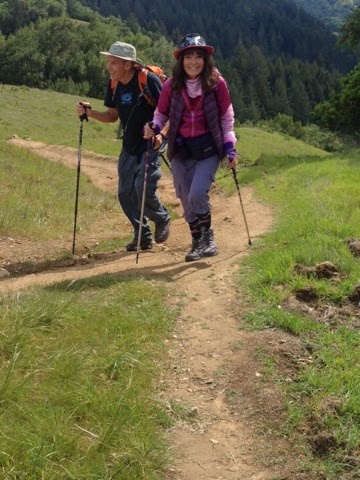 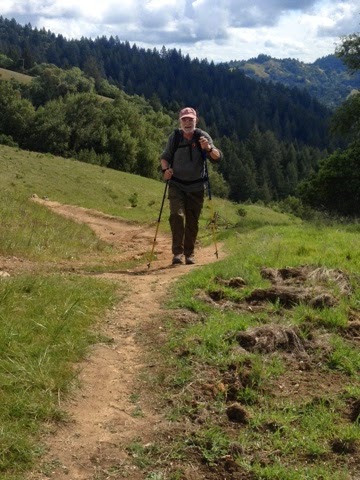 Armstrong Redwoods State Park's East Ridge Trail is a great workout. It took our group 3.5 hours to complete the 7 miles & 1,200' elevation gain on Monday.
As you can see from the pix, the PAF hikes are not just for men. We have had some great female energy on recent hikes.
It's spring 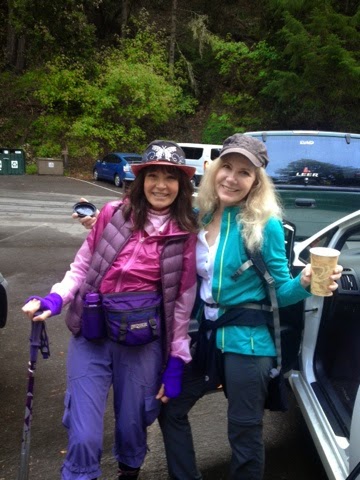 time. Get out on the trail!
Posted by Ken Malik at 6:09 PM No comments:

Email ThisBlogThis!Share to TwitterShare to FacebookShare to Pinterest
Labels: Tim and Lynda on the trail 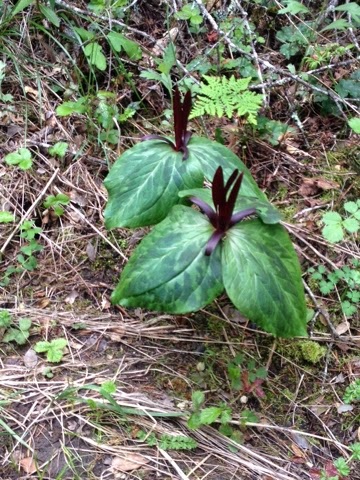 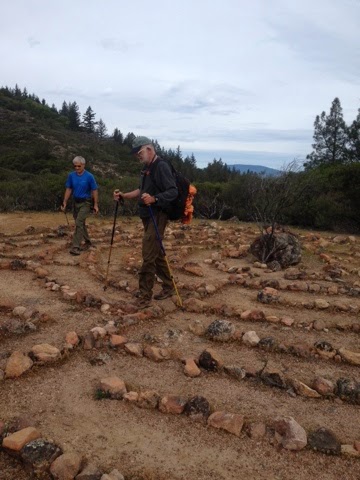 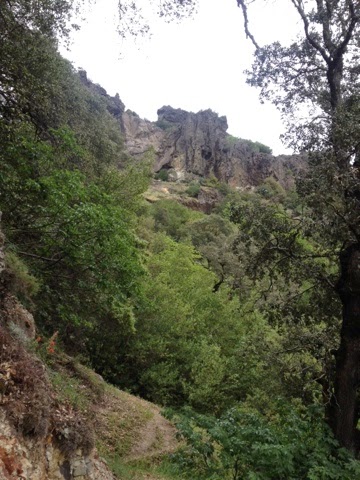 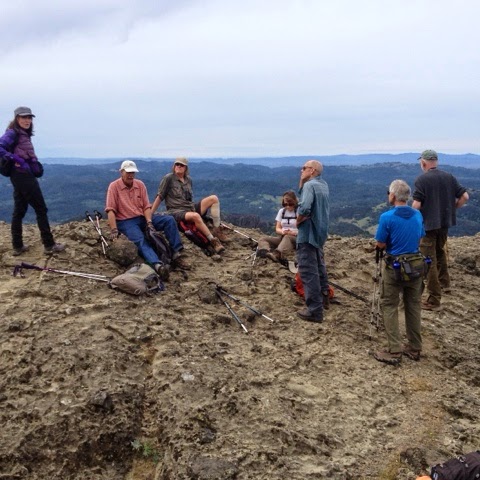 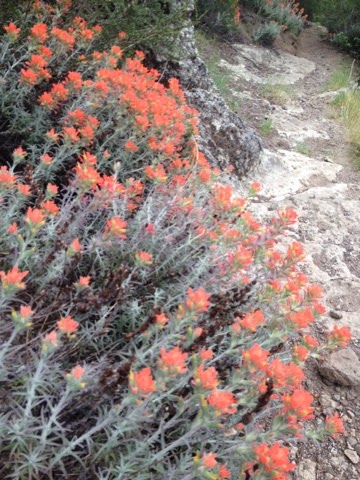 Indian Paintbrush
The PAF has been reminding men for
some time that those guys that have the most consistent exercise programs have the slowest disease progression.
The PAF's regular  Monday hiking group completed a rugged, wilderness hike just 70 miles from San Francisco - the dreaded Palisades trail from Mt St Helena above Calistoga. This was a grueling 7 hour trek thru some of the most scenic country in the Wine Country.
It's wildflower time in The Coastal Range. The weather was pushing 70 degrees and the filtered sunlight on a cloudy day made for ideal conditions.
Our group did this same hike last June in 100+ temperatures. We would not recommend this hike past May 1st 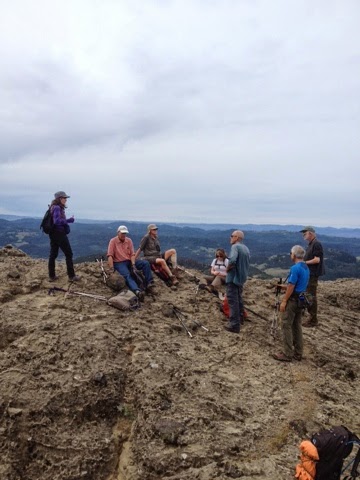 With the PSA test falling out of favor as a prostate cancer indicator we need other markers. There is a new test to consider. It was designed to gauge the likelihood of having an aggressive cancer and is being used by more and more urologist before suggesting a biopsy in men who have not been diagnosed with prostate cancer. We wonder why the test is not recommended for men already diagnosed? It's called the 4K Score Test and was developed by OPKO Lab. It uses the 3 different PSA assays along with a DRE and other markers to determine your risk factor on a scale of 1 to 100. The goal is to reduce the number of unnecessary biopsies. Sorry to say the test is not covered at this time bye Medicare or health insurance and costs $395. 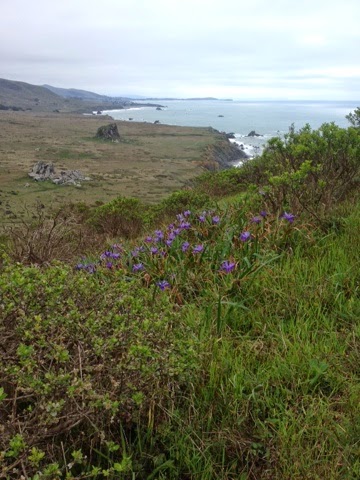 Has any done this test? We'd like to hear from you!
Posted by Ken Malik at 9:38 AM No comments:

Email ThisBlogThis!Share to TwitterShare to FacebookShare to Pinterest
Labels: The Bill Kortum Trail on the Sonoma Coast

Spring usually brings wildflowers to the coast.
We would like to invite you to join us for a special
Saturday hike on the Sonoma County coast on Saturday morning,
March 21st at 11am. This will be an easy hike of about 4 miles

.
We will be hiking the Bill Kortum Memorial Trail
in honor of Bill Kortum.
Bill was one of the first environmental activists.
He was instrumental in stopping the planned nuclear power
plant at Bodega Head in the late 60's. Bodega Head is right
on the San Andreas Fault line! He also helped create the California
Coastal Commission which set limits on development on the California Coast
west of Hwy 101.
Bill passed away from advanced prostate cancer late in 2014, he will be missed.
Hope to see you on the trail